A family-owned gallery since 1980, Kinsman Robinson Galleries specializes in Contemporary Indigenous and Canadian paintings, sculpture and international works on paper. Over 40 years, Kinsman Robinson has represented such legendary Canadian artists as Stanley Cosgrove (Estate), Michael French, Robert Houle, Henri Masson (Estate), William McElcheran (Estate), Jane Ash Poitras, Fred Ross (Estate) and during their lifetimes, the late Norval Morrisseau and Arthur Shilling. With 1800 square feet of bi-level exhibition space, the gallery maintains an exclusive stable of some of the country’s leading artists—four of whom hold the Order of Canada.

The gallery was established when Donald Robinson and his then-wife and current business partner, Diane Kinsman, offered their personal collection for sale. Don found his early art inspiration within the Hart House Permanent Collection. Diane was influenced by her great-aunt’s love for Canadian art. Together they created a newsletter called The Canadian Art Investors Guide. They developed it into a magazine with a nationwide subscriber base and ceased publication in 1980 to open the gallery.

Five years later, the gallery moved to Prince Arthur Avenue and Paul Robinson joined the family business. The gallery prospered and relocated to Scollard Street as John Newman, son of the Canadian painter, signed on. Kinsman Robinson welcomed renowned artist, Norval Morrisseau, to the stable and hosted his comeback exhibition “The Shaman’s Return”, an event which wowed collectors and critics in 1990. The gallery grew and moved into the heart of historic Yorkville on Hazelton Avenue. In 1997, Don and Diane seized the opportunity—on the retirement of Canadian couturier Maggy Reeves—to acquire 108 Cumberland Street as a permanent art space in the Village of Yorkville. 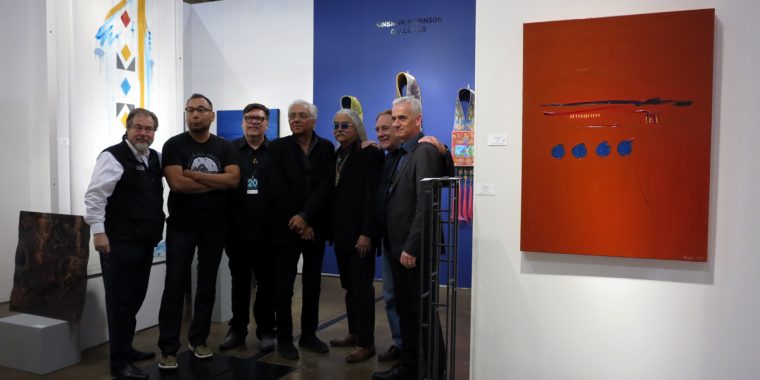