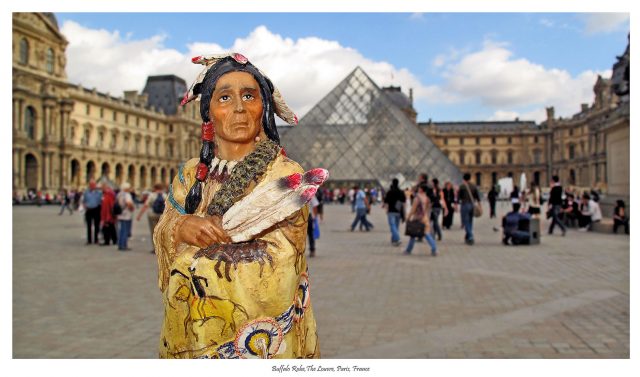 He began his work as a film photographer but as digital SLR cameras, GPS and drone technology as well as 360 and 3D documentation progress Thomas has been inspired to find new ways of conversing, documenting and asserting Indigenous presence. This current phase of work has become even more prescient, particularly at a time when borders have closed and international travel halted.

On Tuesday, June 15 the conference INDIGENOUS MOBILITIES: Travellers through the Heart(s) of Empire begins. Originally scheduled to take place in Paris, France last June 2020 the conference was rescheduled for this year and will now fully take place online. A trip Paris last summer would have been fantastic but as it is, the world has shifted and we (digitally) adapt.

The conference is hosted by the University of Kent’s “Beyond the Spectacle” initiative. It is an “Arts & Humanities Research Council-funded project that brings together an international team of researchers and Native North American people to amplify the stories of Indigenous travellers in the historical record and in the current moment.”

As part of the conference, I will be speaking with client Jeff Thomas (www.jeff-thomas.ca) on his Indians on Tour series with a focus on the images he took during multiple trips to Europe, including Paris and London. We will also be touching on his artistic trajectory that began with his encounter with the Champlain Monument at Nepean Point, behind the National Gallery of Canada in Ottawa, Ontario, as well discuss how this trajectory continues in its 2.0 form working with 360 and 3D digital documentation for his initiative with the Bodies in Translation: Activist Art, Technology and Access to Life (University of Guelph) project.

And when we say “beyond the spectacle,” what do we mean, exactly? First, “beyond” suggests that Indigenous travellers to Britain almost always had their own reasons for making the journey, separate from Britons’ desires for novelty or the exotic. Even when they used spectacle to gain visibility, it was often secondary to other objectives. Second, the notion of “beyond” also insists that Native North Americans in Britain could have private moments where they were not the target of the British gaze – whether as delegates or tourists, activists or enlisted men, Indigenous visitors to the UK had experiences that were not solely about being the objects of others’ attention–and, indeed, many Native travellers have visited Britain entirely free of spectacle at all. As a project, ‘Beyond the Spectacle’ is committed to asserting these sorts of spaces in the stories we collect and share. (read more) 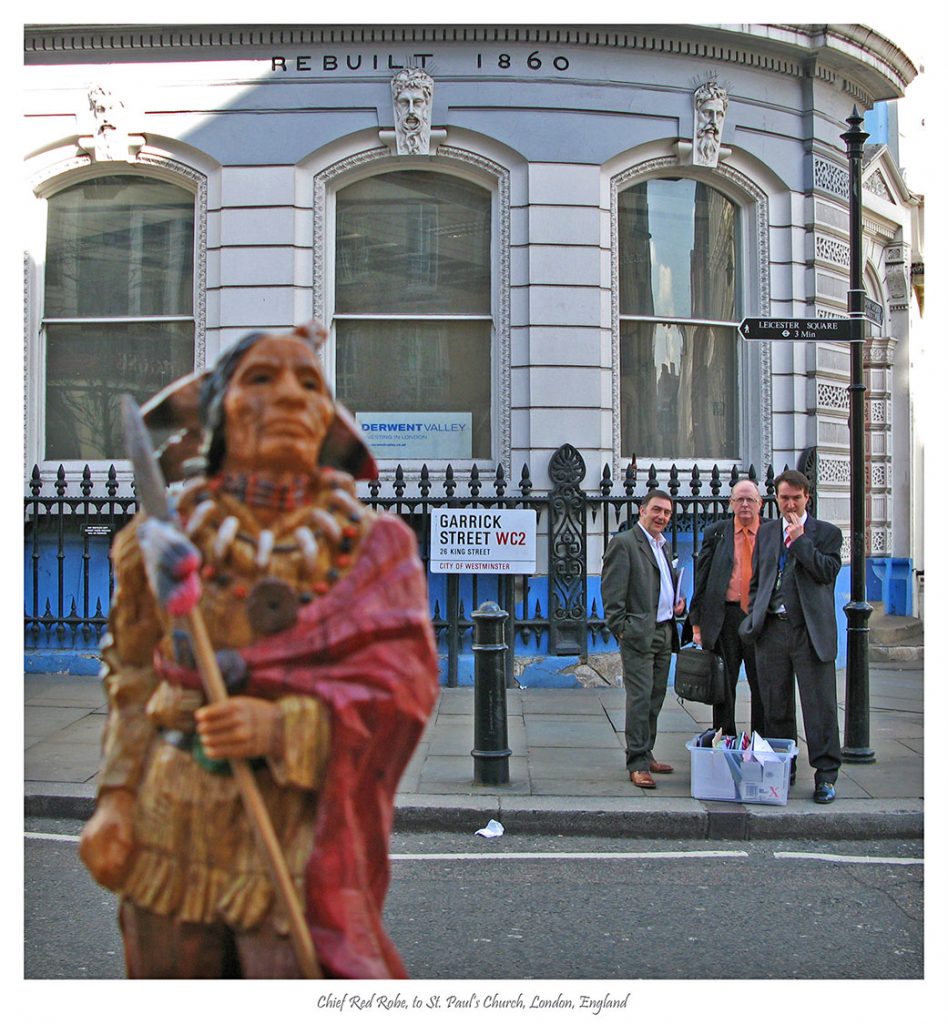