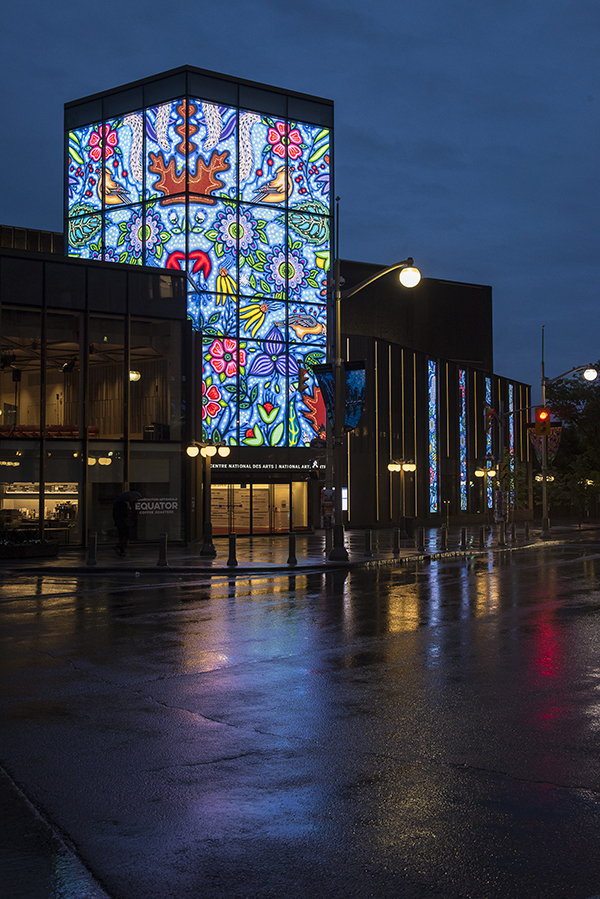 As the sun sets tonight on the summer solstice, also recognized in Canada as National Indigenous Peoples Day, the art work of visual artist Christi Belcourt will be shown in the Kipnes Lantern, one of the beautiful features of the new facade of the National Arts Centre (NAC) that was unveiled last year on July 1.

The images – created in collaboration with Moment Factory, the Montreal-based multimedia studio – will be featured on the NAC’s three-storey Kipnes Lantern, the largest transparent LED screen in North America, which was inaugurated last year to tell Canadian artists’ stories.

Christi Belcourt won a Governor General’s Innovation Award in 2016 and was named Aboriginal Arts Laureate by the Ontario Arts Council in 2015.  Her work can be found within at the National Gallery of Canada, the Art Gallery of Ontario and the Canadian Museum of History.

For more on Christi visit www.christibelcourt.com.