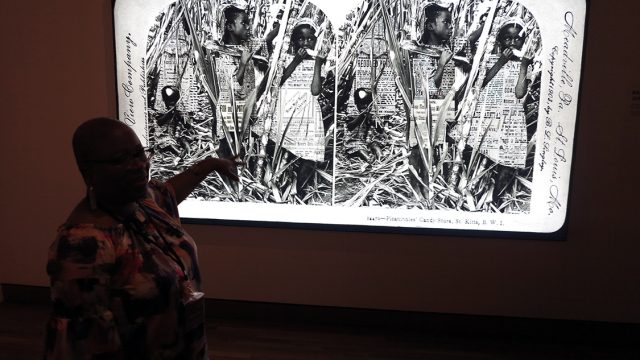 This weekend, the exhibition Here We Are Here: Black Canadian Contemporary Art opened at its third location, the Art Gallery of Nova Scotia.

The first location on the tour was the Royal Ontario Museum (ROM) in Toronto. Launching the tour at the ROM was symbolic. Here We Are Here, as an exhibition, is the result of the critical process that was started in 2016 when the ROM issued a formal apology for the 1989 exhibition Into the Heart of Africa, an exhibition that “told the story of Black Africa through the lens of white Canadian missionaries and soldiers.” At the time, the curatorial position “was meant to be a critique of 19th-century colonial attitudes. Instead, it was experienced as a glorification of racism.” (read more on NOW Toronto)

During the exhibiton the Coalition For the Truth About Africa protested outside of the ROM, an important strategy where the issues addressed in 2016 took root. In the two decades since Into the Heart of Africa, curators, many who are curators of colour, have used Into the Heart of Africa as an example of what can go wrong when an institition fails to involve the voices of the communities and cultures they are curating.

At the gathering for the apology it was announced, by Josh Basseches (ROM Director and CEO) that for the next 5 years “the museum was committing to several initiatives to improve its relationship with the African-Canadian community, including introducing two internships for black youth interested in museums and creating more programs that focus on African or diaspora themes.” Also at this time, the idea of an exhibition that “addresses the exclusion of blackness from mainstream Canadian historic narrative” was announced. (read more on The Star) Here We Are Here is the product of everyone’s efforts.

From Toronto, the exhibition went on to open at the Musée des beaux-arts de Montréal as a counter exhibition to From Africa to the Americas: Face-to-Face Picasso, Past and Present. I attended the vernissage with my client Bushra Junaid to view her contribution to the exhibition, Sweet Childhood, a work that looks at the Canadian history of trade with the Caribbean.

Now, it’s in Nova Scotia, a province that has a fraught as well as a long history with Black Canadians as artist Sylvia D. Hamilton demonstrates.

Hamilton’s work, Here We Are Here, spans five floor-to-ceiling panels, each inscribed with names of African-descended Nova Scotians. There are over 3,000 names drawn from a variety of archival sources, representing slaves, free Black loyalists and free Black refugees who arrived in Nova Scotia between the 17th and 19th centuries. (read more on The Star)

Along with Bushra Junaid and Sylvia D. Hamilton, the other artists include:

This exhibition challenges preconceived notions of Blackness in Canada through the work of eight contemporary artists. The artworks use current and historical objects, images, and ideas to blur the longstanding perception that Black bodies belong on the edge of Canadian history. Though Canada is widely celebrated as a triumph of cultural diversity, dominant narratives have reduced the Black Canadian experience to one of an everlasting immigrant or newcomer. These artists question this by exposing deep historical traces of Black presence in our country. In presenting multiple voices and sensitivities, this exhibition disrupts simplistic and comforting narratives, while affirming the longstanding relevance of Blackness to the fabric of Canada.

Here We Are Here: Black Canadian Contemporary Art continues until Sunday, 27 October 2019 at the Art Gallery of Nova Scotia.

Congratulations to everyone involved. May their labour be remembered and honoured through continued institutional accountability and change. 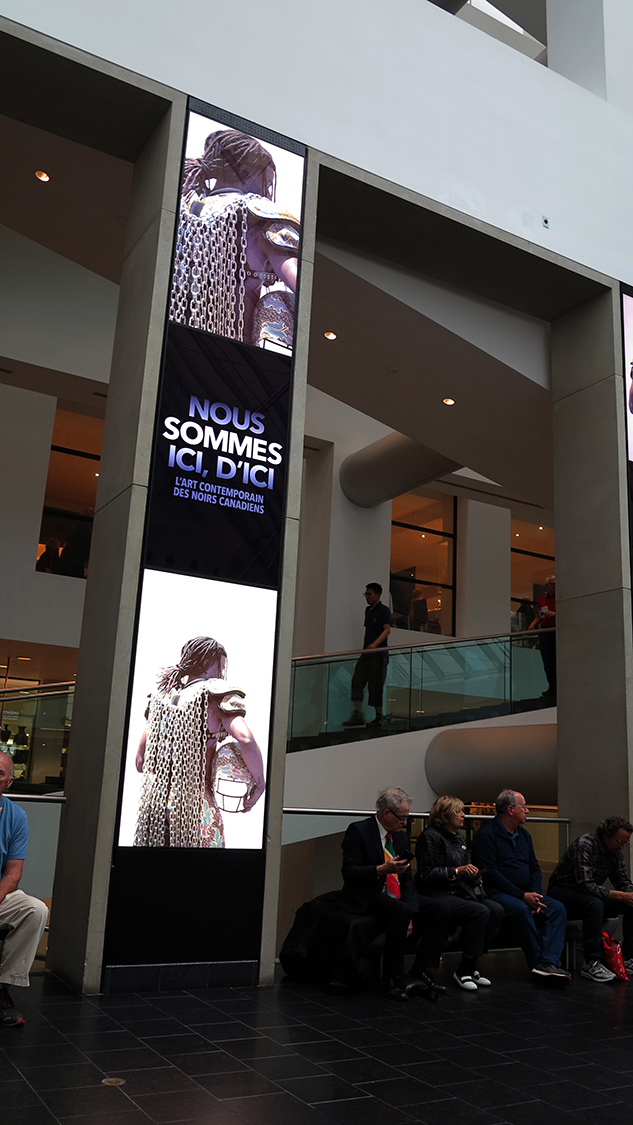 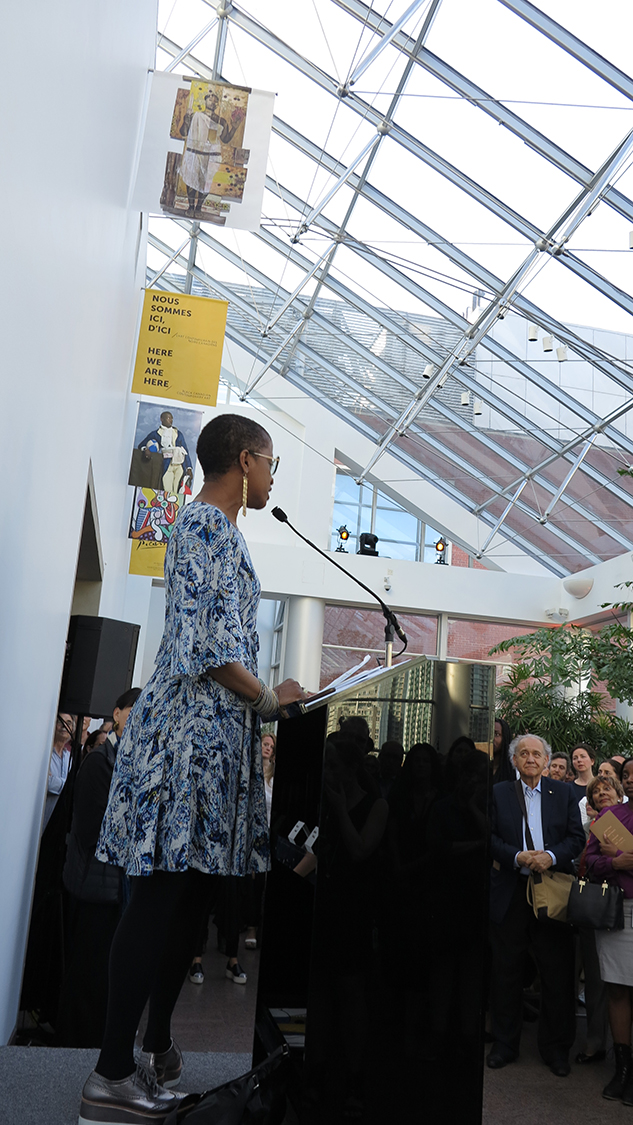 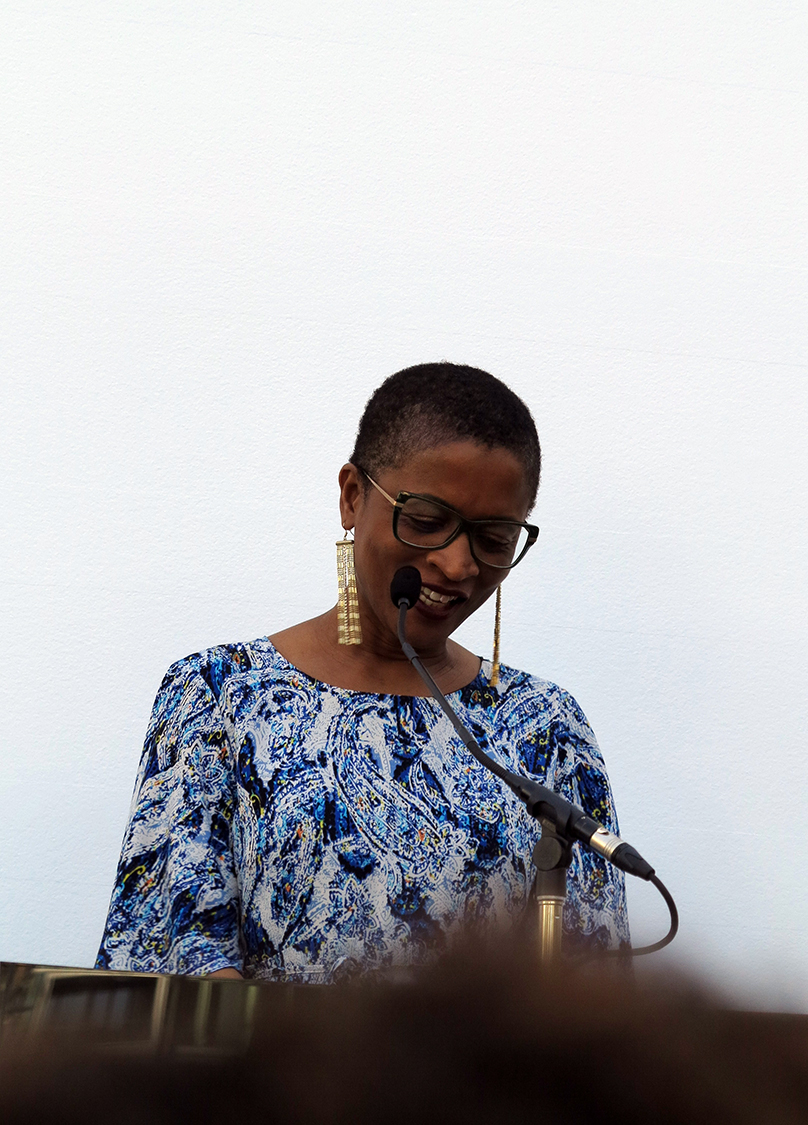 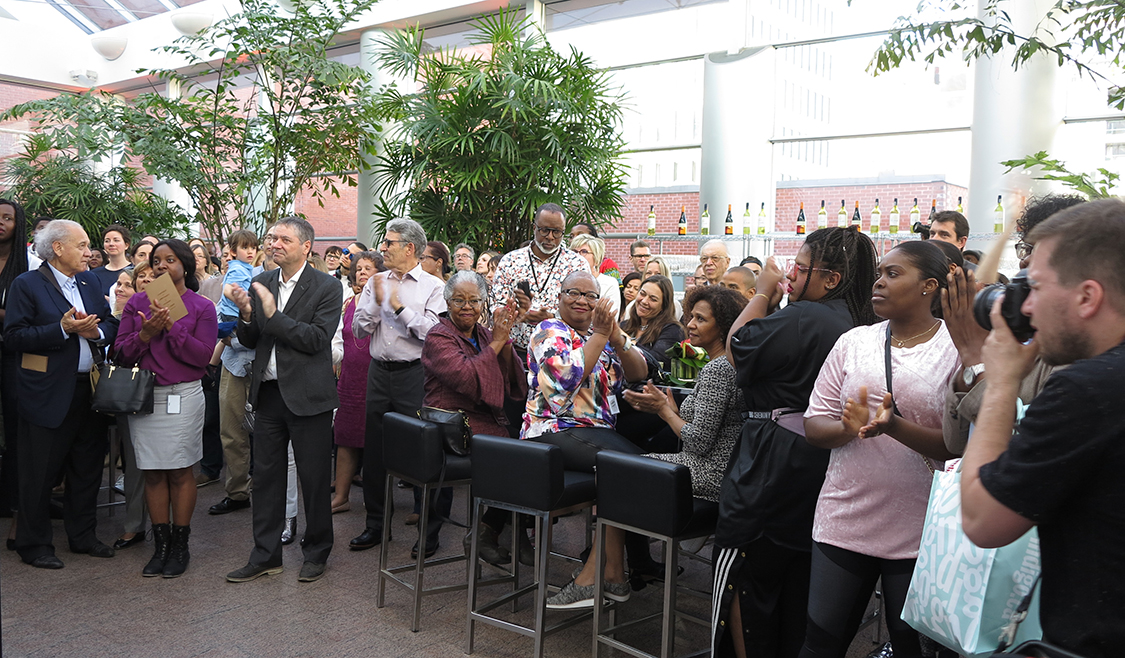 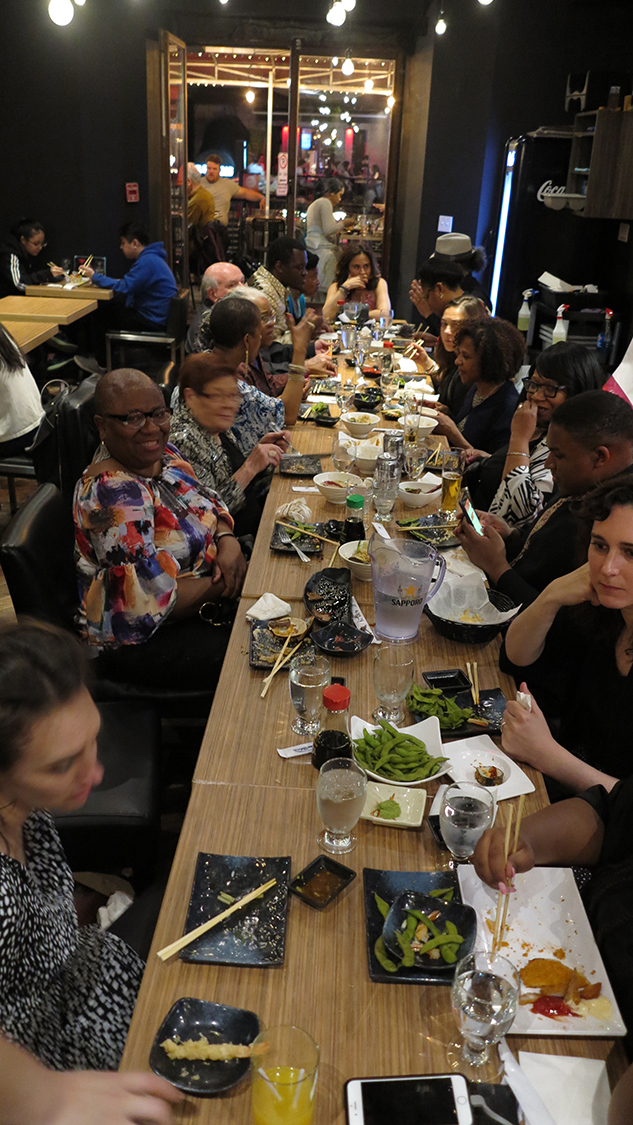 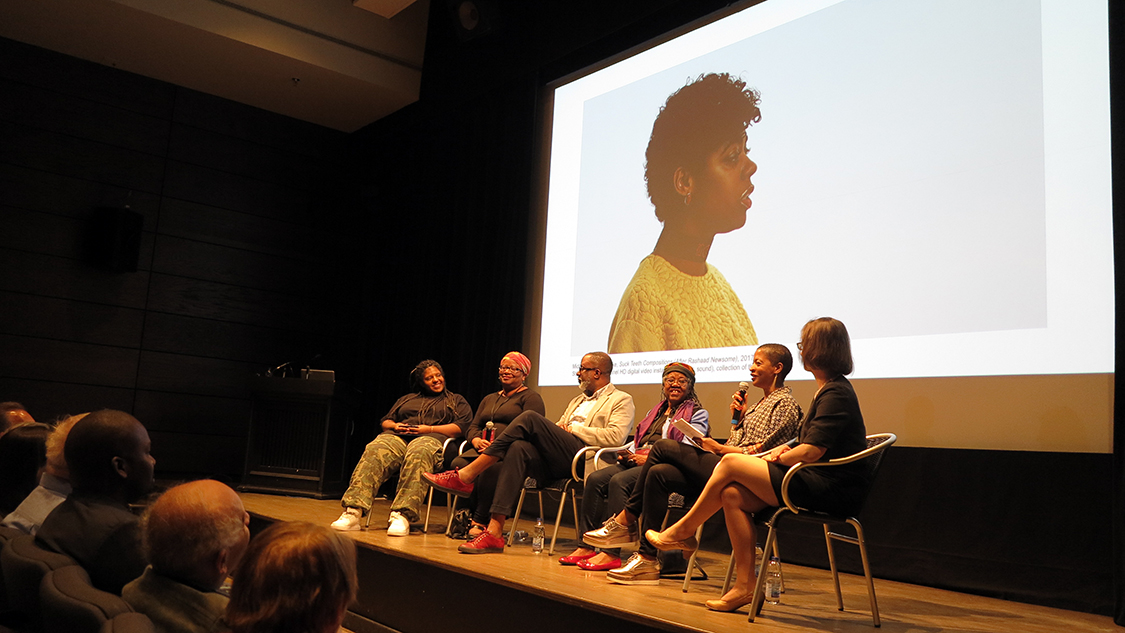 The Royal Ontario Museum – Of Africa

The ROM’s Here We Are Here pushes back against narrow views of Blackness (NOW Toronto, February 1, 2018)

Here We Are Here – The ROM’s exploration of race and belonging in Canada (NUVO Magazine, 2018)